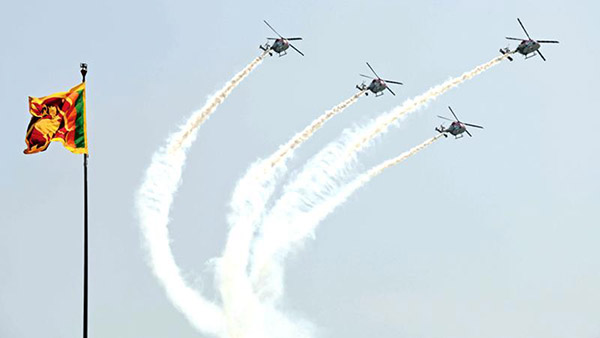 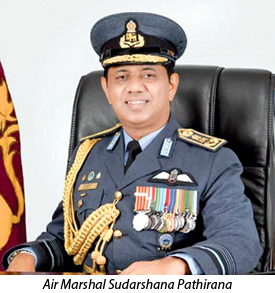 The faith was kept and the fight was fought, the glory theirs, the duty ours. Right throughout last week, the powwow of the dutiful Sri Lankans was centered on the 70th anniversary of the Sri Lanka Air Force (SLAF). In view of its 70th anniversary, the SLAF demonstrated a special air show from March 03 to 05 at 5.00 pm at the Galle Face Green along with Indian Aerobatics teams.

With a humble beginning as the Royal Ceylon Air Force with its establishment running back to March 02 1951, with barely 06 officers and 21 airmen, the revolutionary transformation of the SLAF into a formidable and masterly force, with a present capacity of nearly 34,000 officers and airmen and currently scattered into 20 branches deserves a true and lavish acclaim.

At a time where the SLAF celebrates its 70th anniversary, the remarkable and gallantry contribution done by it for the preservation of the sovereignty and the territo

rial integrity of the island nation is undisputable. 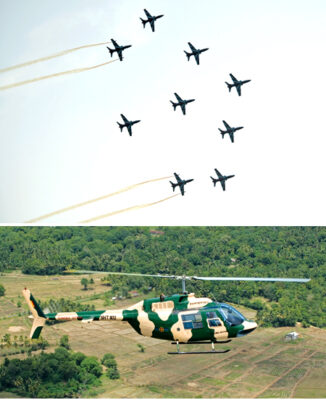 From the possession of the modest chipmunk aircraft to the acquisition of vigorous jet fighters in the caliber of the Kfir and F-7, over the years the SLAF’s ability of unwaveringly evolving into a grater force bears testimony to its smart professionalism maintained within the security establishment of Sri Lanka.

The SLAF is well known as a trusted force which is technically advanced and empowered. As the island was engulfed and ravaged by the heinous atrocities committed by terrorism that spanned into three decades, the bravery demonstrated by the SLAF with their capacity of combat prowess was of enormous degree which contributed considerably for the eradication of terrorism.

Within a seven decade, the SLAF has been able to win the hearts of the Sri Lankans as the nation’s trusted air and cyber force.

Dynamic technological capabilities which the SLAF possess make it a powerful force standing above the level of its foes. Nearly 800 officers and airmen have scarified their lives, arms and limbs in restoring peace in the country. 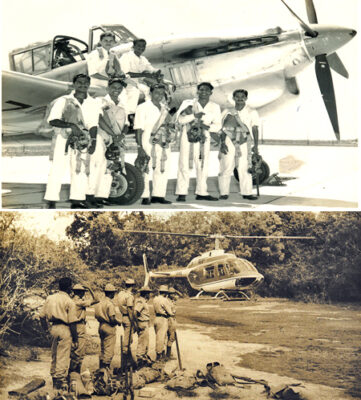 In retrospect, the name of Air vice Marshal E. R. Amarasekara, a Ceylonese officer during the Second World War goes into to the history book as the first Sri Lankan Air Chief.

During the span of seven decades the SLAF had been commanded by 17 far-sighted commanders and the present commander Air Marshal Sudarshana Pathirana is its 18th.

Under his strategic leadership the Air Force is determined to achieve four main objectives which include the enhancement of fighter attack, air interception and air support capabilities, increasing the strength of maritime surveillance and maritime disaster management capabilities and enhancement of its air power and technical competencies in which the SLAF would be armed in facing any threat to the nation.