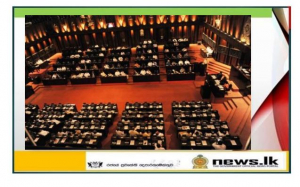 Leader of House Parliament Minister Dinesh Gunawardena stated today (09) at the Parliament that the report of the Presidential Commission of Inquiry (PCoI) into the Easter Sunday attacks will be debated in Parliament tomorrow (10).

The Leader of the House further stated that two more days in the third week will be set aside for this particular debate.

Secretary-General of the Parliament, Dhammika Dasanayake said, accordingly it was decided to take up the report as an adjournment motion to be brought by the Government.