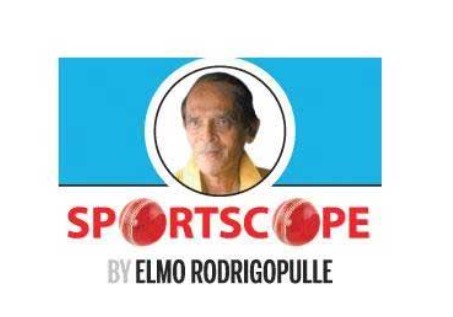 Sri Lanka’s limited over cricket as the perennial saying goes is in ‘the river of no return’. We say this after watching our cricketers performing in the T20s and 50-over games against the West Indies concluded in the Caribbean. They were poor opponents in both formats.

Our cricketers in both formats of play seem clueless, not knowing how to play these games and play it in a winning way. For starters their approach was patently faulty. There was no sense of interest, urgency and intensity. They were just going through the motions, and marking the card that they played, and should be paid, I might add.

It is sad when one thinks of the brilliant cricketers who played in the past. They were treats to watch and worthy of admiration and emulation.

In the last two games the Lankans made formidable scores of over 270 which looked winning totals.

In these styles of cricket it is essential that the bowlers bowl wicket to wicket or on one side of the wicket. The bowlers are at the moment seemingly clueless of this necessity and are spraying the ball here, there, everywhere and nowhere and the Windies batsmen who are the hardest hitters of the ball in these games take these purposeless and aimless bowling to the fence or over it with ease as the sixes they hit prove.

Now that the Lankans have gifted the T20 and 50-over series to the Windies, we hope they will at least raise themselves from the canvas that the Windies have boxed and knocked them down and perform better in the two Test series keeping in mind that Test cricket is what the game is all about.

To that obstructing the fielder incident which is still a controversy that took place in the first one-day game where Windies captain Kieron Pollard was made to look the villain for appealing against batsman Dhanushka Gunathilaka obstructing him in making an attempt to run out the none-striker, the writer is convinced that it all happened in the heat of the moment.

To accuse Pollard of appealing is ‘not cricket’! He appealed, the on-field umpires referred the incident to the third umpire for a decision. The third umpire after going through many of the replays, ruled the batsman out. And there ends the matter.

Pollard’s critics took him to task, saying he was wrong in appealing and that he should have revoked it saying he was not a sport. But the critics did not have the guts to praise Pollard for warning non-striker Ashen Bandara for leaving the crease before he had delivered the ball.

Had Pollard effected the stumping the umpire would have ruled the batsman out. After all if Pollard had run out the batsman he was playing to the rules. He would have been blasted for not playing in the spirit.

As for the writer as long as you play to the rules is what matters and to hell with the spirit. Playing in or to the spirit was hit out of the game and the ground with the introduction of filthy lucre into the game. Today winning is not the thing, it is everything. So let us not lynch Pollard for his action. Let not Sri Lanka make that an excuse for losing the game.

Then what seemed like a comic strip was the acting of Sri Lanka’s head coach Mickey Arthur. He seemed to be furious running up and down and only he would be knowing what he was attempting to do. We can understand his anger. A decision has been made and as a coach he should keep his cool and say what he felt after the game.

One recalls the incident where Greg Chappell the Australian captain made his brother Trevor bowl an under arm ball to a New Zealand batsman. Chappell had the stuffings taken out of him for not playing to the spirit. But Chappell was playing to the rules and the ICC was forced to eject that rule from the book.

Football in Sri Lanka is primarily called the poor man’s game. Although it is not getting the necessary puff what with dreaded covid-19 still threatening, when it comes to appointing national selectors the Football Federation is an example.

At the time of writing the FFSL is conducting the pre league tournament and the selectors are present watching hawk-eyed to pick talent with international tournaments on the cards.

To name the selectors who are all former top notch players – Asoka Ravindra (chairman), Damoderam Chandrasiri, Naina Mohamed, Mohamed Hassim Deen and Mohmmed Zaheer. They sported the country’s jersey with pride and deserved their positions.

Outstanding among them is Chandrasiri a goal keeper who was second to none during his time. He played and captained St. Benedict’s College and later Old Bens and went on to ‘keep’ in the Bangladesh Professional League.

In addition he is a double International having represented the school and later the country in basketball. He later coached his school to become Champions in many tournaments. He was a Benedictine sports Legend.

Heading the FFSL and setting an example is another Old Benedictine Anura de Silva who became the second to head this national sports body. The first was Hurley Silveira, a nephew of the famous Lawrence Fernando who kept the game at a high level as coach and administrator in the FFSL and revived football at the famous Ratnam Sports Club.

Anura was a rare player during his time for SBC and Old Bens and the country playing in the most difficult position as centre half. He excelled in his position and reminded the writer of another player who was par excellence in that position, the great Mahinda Aluvihare.